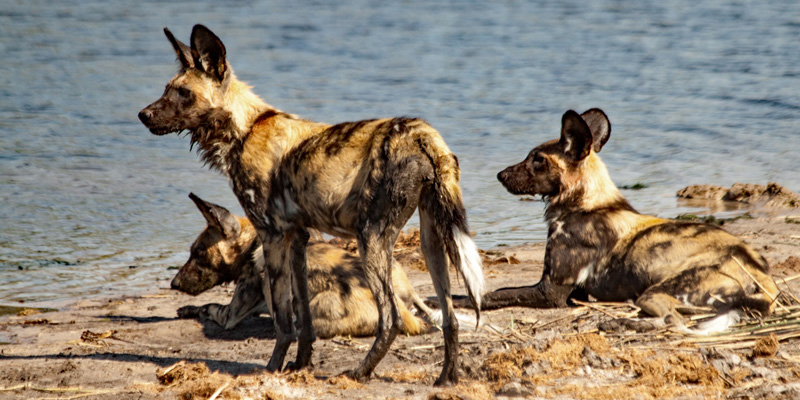 The Khwai Concession is a region in the north-eastern Okavango Delta boasting an impressive fauna.  It is a superb alternative to the Moremi Game Reserve, which can be visited all year around.

The 1800 km² large Khwai Concession is situated right next to the Moremi Game Reserve. Formerly a hunting concession it is today administered by the local community as recreational area. It retrieves its name from the Khwai River, the northern “finger” of the mighty Okavango Delta, which forms the most important source of life in the region. The Khwai Concession is a good example for eco-tourism. All income generated are received by the local community (Khwai Community Trust).

Wildlife in the Khwai Concession

The area is dominated by grasslands, permanent flood plains and large areas of Mopane forests. Large herds of elephants take their bath next to hippos, whilst being watched by lechwe antelopes. Photogenic leopards, spotted hyenas and large packs of wild dogs will make the heart of any wildlife lover beat faster.  Every now and then prides of lions can be seen. A lot of animals migrate down during the dry season from the Linyanti area, as the Khwai River forms a reliable source of water attracting many antelopes, giraffes, buffalos, and zebras. There are of course also uncountable bird species, especially egrets, cranes, vultures and different species of eagles, specialising in catching catfish

The rare African Wilddog in the Khwai concession

Floodplains in the Khwai Concession

Accommodation and Camping in the Khwai concession

Visitors have a wide range of accommodation to choose from: from luxury lodges to more budget alternatives and campsites.