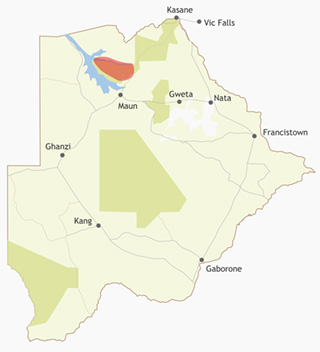 The Moremi region with the Moremi Game Reserve and the Khwai Concession is considered as one of the last real wilderness paradises in Africa. With an unbelievable abundance of African wildlife the safari dream of every traveler comes true. In contrast to the Okavango Delta, the Moremi region is perfect to explore on a self-drive tour.

Geography and climate in the Moremi region

The unique location of the Moremi Game Reserve in the northern Okavango Delta, consisting of a network of five main riverbeds of the Okavango with lakes, reeds, islands and woodland guarantees an unrivaled biodiversity.

The Moremi region has long, hot summers from about November to March and short, cooler winters from June to August, with nighttime temperatures rarely dropping below 10 ° C. In winter, it almost never rains. The main rainfall of the Moremi region is January-March, but the highest water levels are in July - August. Be careful when crossing water.

Here is more information about the Botswana weather

Flora and fauna in the Moremi region

The Moremi region has huge grassland areas, permanent floodplains and large areas of Mopane forests. Elephants are numerous, especially during the dry season. Other game species of the Moremi Game Reserve are buffaloes and giraffes, hippos and crocodiles, predators such as lions, leopards, cheetahs, wild dogs, hyenas, jackals and almost all antelope species of Southern Africa. There are more than 500 bird species as well. 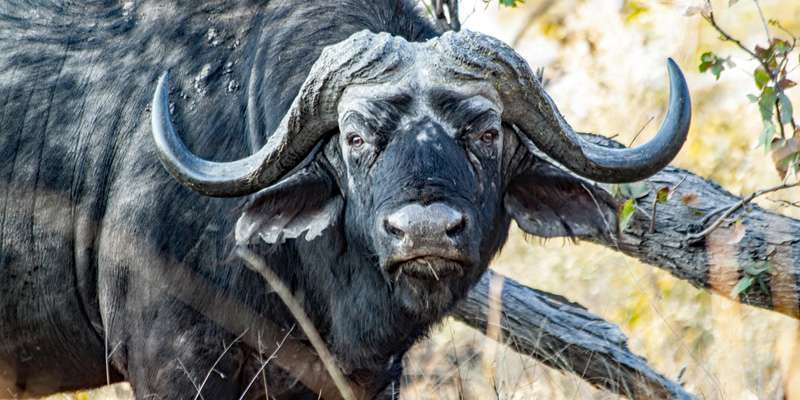 The Moremi Game Reserve is one of Africa's most exciting wildlife parks and is considered the heart of the Okavango Delta. Its unique location guarantees an unrivaled biodiversity.

Accommodation in the Moremi Wildlife Reserve 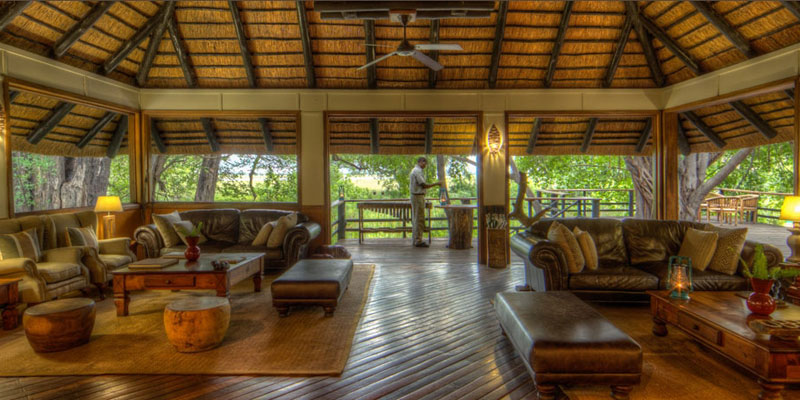 Luxury camp at the Xakanaxa lagoon in the Moremi Game Reserve

Camp Moremi, an exclusive lodge in the Moremi Game Reserve, is located at the Xakanaxa Lagoon, an area very popular for its exceptional game- and bird-watching opportunities. The lodge consists of 12 luxury safari tents including one family suite. 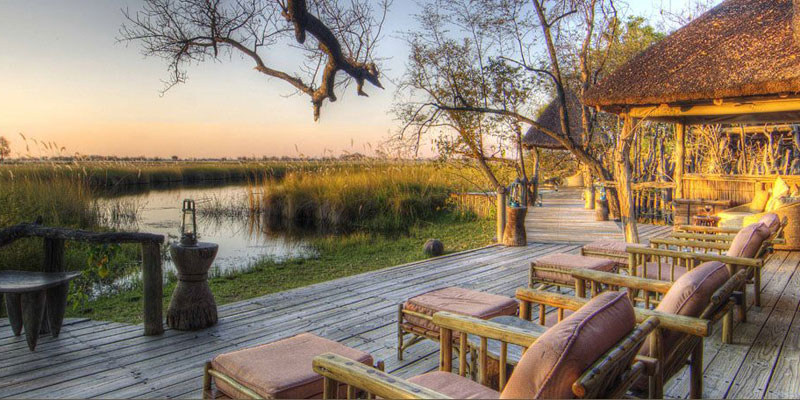 Camp Xakanaxa is a luxury lodge in the heart of the Moremi Game Reserve. It is directly located on the banks of the Khwai River at the Xakanaxa Lagoon within an ancient riverine forest. 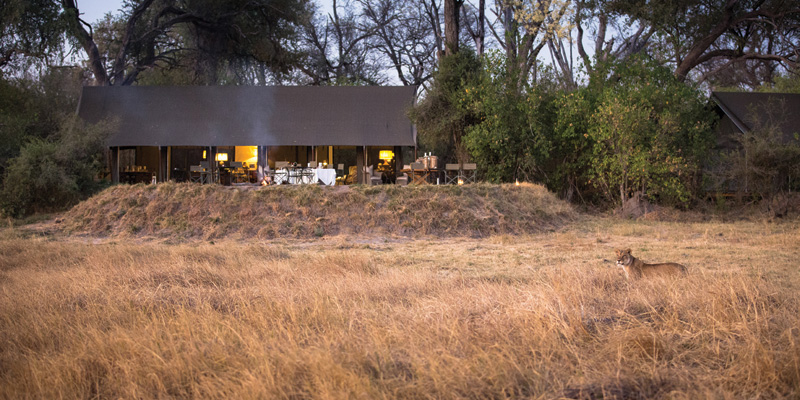 Little Machaba, the exclusive sister camp of the Machaba Camp is situated in the Khwai concession, a 180 000 hectare big wildlife reserve which borders the Moremi Game Reserve. The camp offers only 4 exclusive Safari tents which are build and decorated in the cozy Botswana 1950’s safari style. 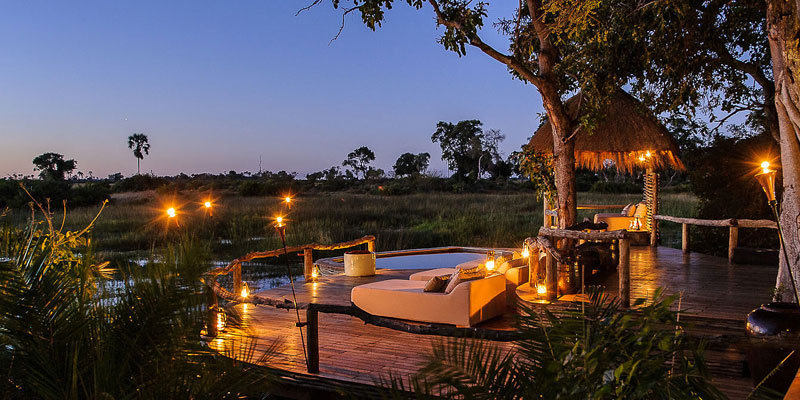 Little Mombo is an exclusive luxury camp located at the northern tip of Chief's Island within the Moremi Game Reserve. Little Mombo is a small and intimate camp offering accommodation in only three luxurious rooms under canvas with en-suite bathrooms and outdoor showers. 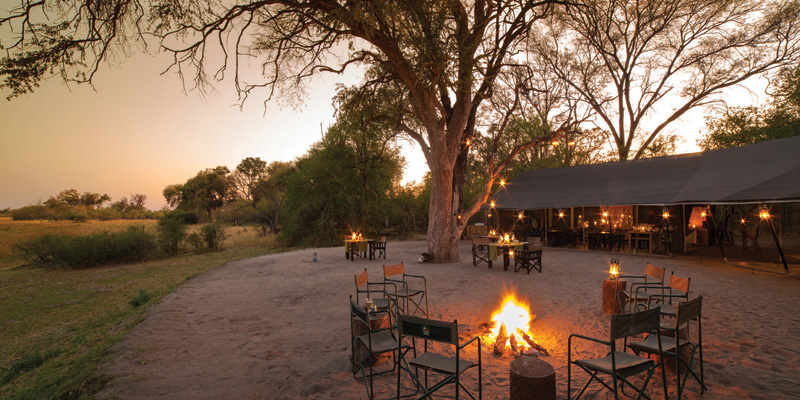 Tented camp in the Khwai concession

Machaba Camp is a tented camp situated in the Khwai concession, a 180 000 hectare big wildlife reserve which borders the Moremi Game Reserve. The camp was build and is decorated in the cozy 1950’s safari style. 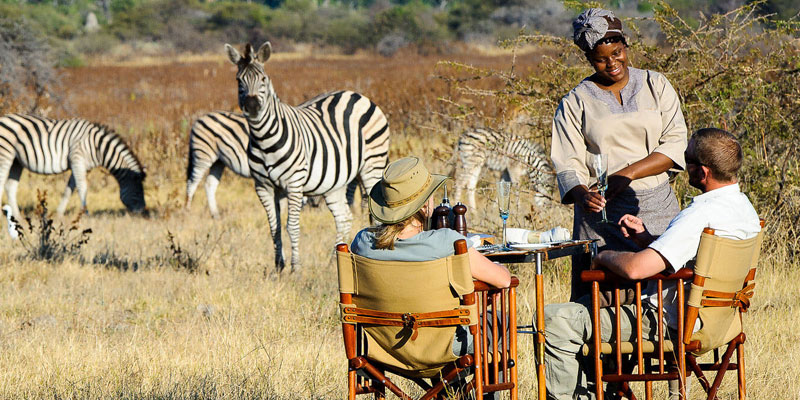 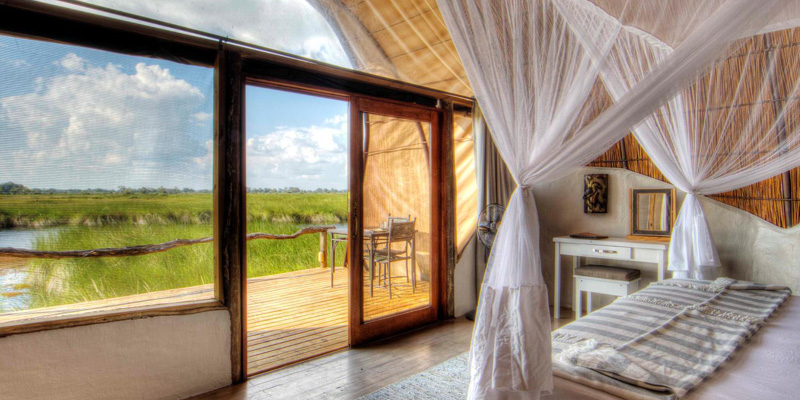 Luxury camp at the Xakanaxa Lagoon

Okuti is a luxury lodge in the heart of Moremi Game Reserve. The premium camp is located at the Xakanaxa Lagoon, which is known for its incomparable abundance of wildlife. Okuti is the epitome of an African safari in Botswana. 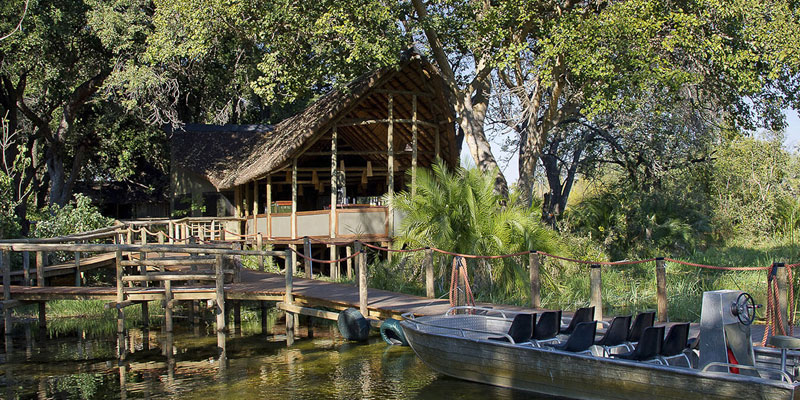 Xigera Camp is a luxury camp located in the Moremi Game Reserve in the middle of a paradisiac surrounding with palm-filled islands, riverine forests, clear water channels and expansive floodplains.