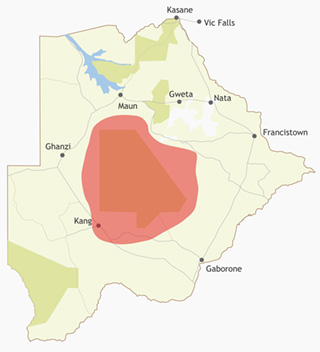 Geography and climate of the Central Kalahari

The most extreme climatic variations can be found in the Kalahari Region. Whereas temperatures of 35°C are common in summer, which can also easily climb up to 45°C, the Kalahari winter is characterised by significant temperature fluctuations. It is not uncommon that during the night temperatures fall below 0°C whilst during the day they again rise to around 25°C.

The Central Kalahari has too high a vegetation and average rainfall of 300 mm (often less in the south) to actually qualify as a real desert. The desert character is achieved by the absence of surface water in most months.

Flora and fauna of the Central Kalahari

Thanks to its relatively high rainfall the Central Kalahari has a very diverse flora. The San (Bushmen) who have lived in the Kalahari for centuries know more than 1000 useful plants.  The wildlife is also of unique abundance. 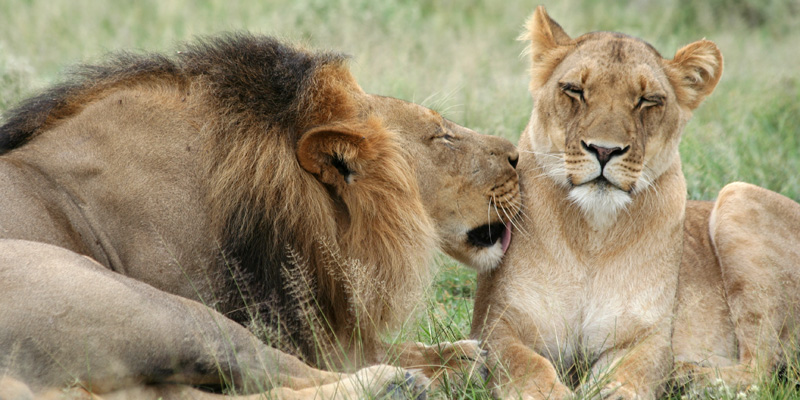 The Central Kalahari Game Reserve is the second largest  game reserve in the world and covers an area of 52,800 square kilometres, which is almost 10% of Botswana's land area.

The Khutse Game Reserve is an area with only a few visitors during the dry season. But when the time of the mighty Kalahari thunderstorms comes, the number of animals increases and so does the number of visitors.

Accommodation in the Central Kalahari region 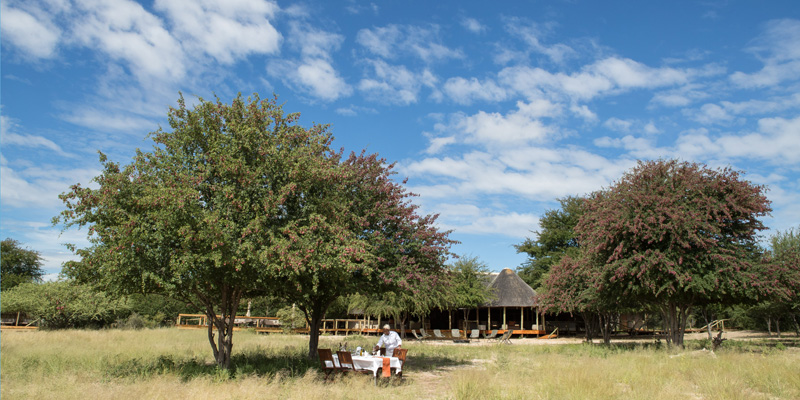 Dinaka is an exclusive camp located on a private game reserve which is bordering the Central Kalahari Game Reserve (CKGR) in the north. Guests will find accommodation in seven spacious safari tents with en-suite bathrooms. Families have large family tents at their disposal. 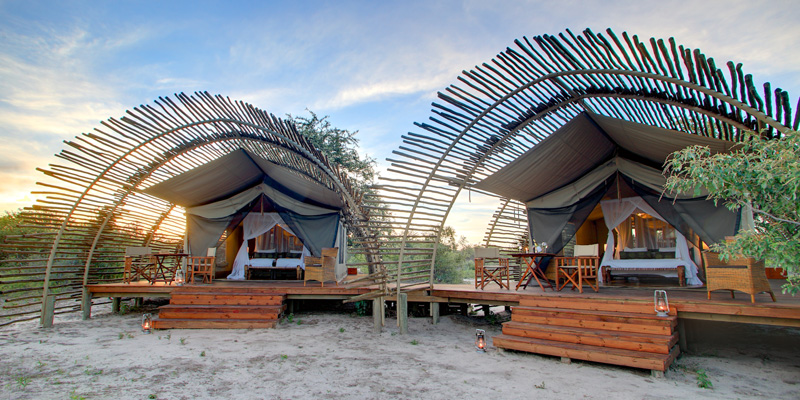 Luxury lodge north of the CKGR

Evolve Back Gham Dhao Lodge is a luxury lodge on the northern border of the Kalahari Game Reserve. The lodge offers accommodation in premium safari tents, accommodating a maximum of 20 guests. The main lodge consists of a lounge, dining room and bar area. 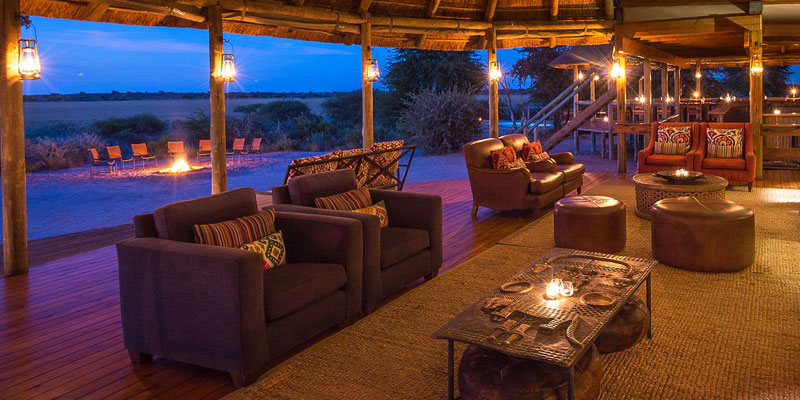 Kalahari Plains Camp is a luxury camp situated at the edge of a huge pan in the Central Kalahari Game Reserve (CKGR), one of the largest conservation areas in the world. The camp offers eight exclusive en-suite canvas units. The main area of Kalahari Plains Camp consists of a lounge and dining area with a swimming pool and deck. 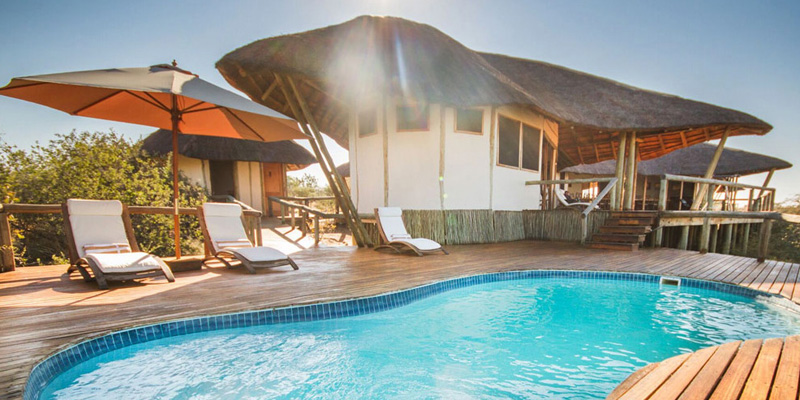 Tau Pan Camp is one of very few camps in the Central Kalahari Game Reserve. It is built with the delicate ecologies of the National Park in mind, only using solar power. Tau Pan camp consists of nine luxury en-suite tents, constructed on a raised desk on the ridge of an ancient sand dune.