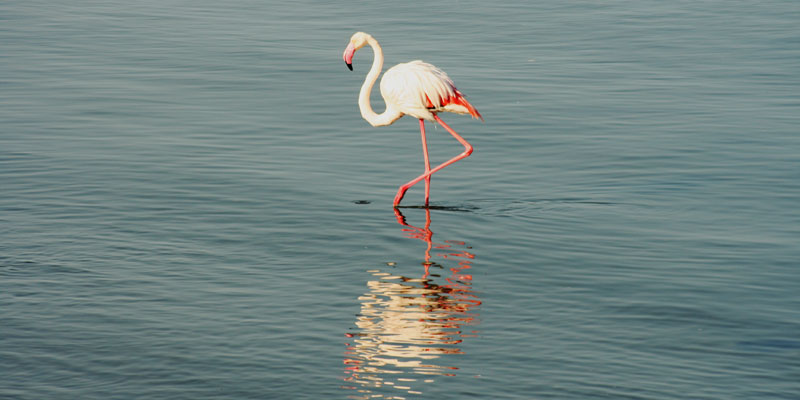 The Nata Bird Sanctuary is a reserve which covers an area of 230 km². It is situated on the north-eastern fringe of the Sowa Pan, 20 km south of the town Nata. Nata Bird Sanctuary was founded in 1992 with the goal to preserve wildlife, especially bird species. It is one of only three nesting places for flamingo in Africa.

The protected area is run by a trust, the Kalahari Conservation Society. It is a community project of several communities, who directly profit form the income.

Wildlife in the Nata Bird Santuary

The Sowa Pan (also called Sua Pan) to which the Nata Bird Sanctuary borders is one of three large depressions within the Makgadikgadi region. After the rainy season, when the pan receives influent flow from the Nata River, enormous amounts of water birds have their breeding grounds here. Many pelicans and over 250.000 flamingos can then be found here. Overall 165 different bird species can be found within the Nata Bird Sanctuary.

Apart from birds many antelopes like kudu, oryx, springbok, red hartebeest, eland, impalas, but also hyenas, zebras, baboons, jackals and many more are found in the Nata Bird Sanctuary.

Visitors can stay over at Nata Lodge or on the campsite close to the park entrance. The campsite offers barbeque areas, toilets and showers.

During the dry season the roads are easy to travel on. During the rainy season driving on the pans can be tricky and a 4x4 is highly recommended.