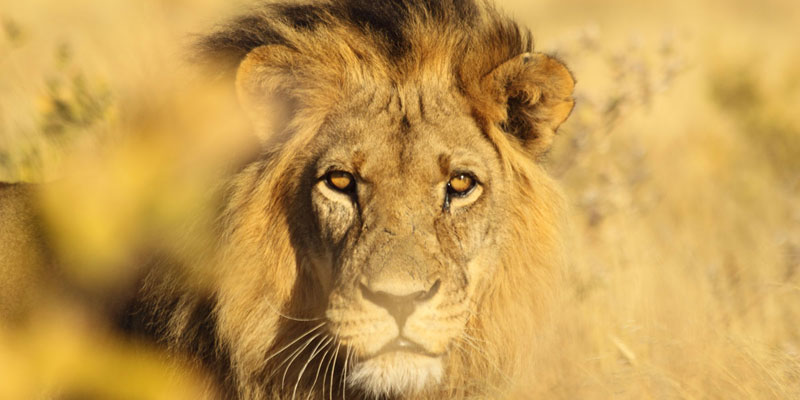 The Khutse Game Reserve is an area only sparsely visited during the dry season. As soon as the mighty Kalahri thunderstorms arrive though, numbers of wildlife increase and so does the number of visitors.

Origins of the Khutse Game Reserve

The 2500 km² large Khutse Game Reserve was the second wildlife protection area proclaimed in 1971 after the Moremi Wildlife Reserve and is situated on tribal lands of the Bakwana.

The KGR borders the Central Kalahari Game Reserve to the north and is one of the lesser visited reserves of Botswana. It forms part of an old river system that stretched north-east all the way to the Makgadikgadi Lake. About 15000 years ago it was one of the big tributaries of the lake. All that remains of these rivers are some dry river beds and pans.

The KGR directly borders the south of the Central Kalahari Game Reserve and Gabarone is about 200 kilometres away.  The road network of 170 km is in fairly good condition, but does include some deep sand stretches and is only accessible with 4x4 vehicles.

The KGR is a rather arid area. As rainfalls appear quite late in the year the landscape only becomes green in January / February. This is also the time for the heavy Kalahari thunderstorms. During the months of April until July wildlife numbers are the highest. Large herds only arrive after intensive rains to graze on the wide grass plains. It is during these months that most tourists visit the reserve, but it remains less travelled than other parks and reserves.

During the later dry season wildlife numbers are low and far spread. From September to December it is hot, dry, dusty and often very windy.

Wildlife in the Khutse Game Reserve

During and right after the rainy season herds of kudus and hartebeest can be seen on the bush savanna. The pans are mainly frequented by springboks, oryx and wildebeests as well as ground squirrels. Cheetahs and giraffe are rare, more often one can find leopards, brown hyenas and prides of lions and of course an abundance of birds.

Accommodation in the Khutse Game Reserve and travel information

There are no lodges to be found within the KGR. The Khutse Kalahari Lodge, 10 km outside the entrance gate into the Khutse Game Reserve, has partly burned down and is currently closed.

The KGR hosts 25 campsites, all of them offering only very little shade and no water. The Khutse, Molose and Moreswe Pans have basic latrines and shower facilities without water though.  Visitors have to bring water, fuel, etc. as there is no possibility to buy supplies in the reserve.